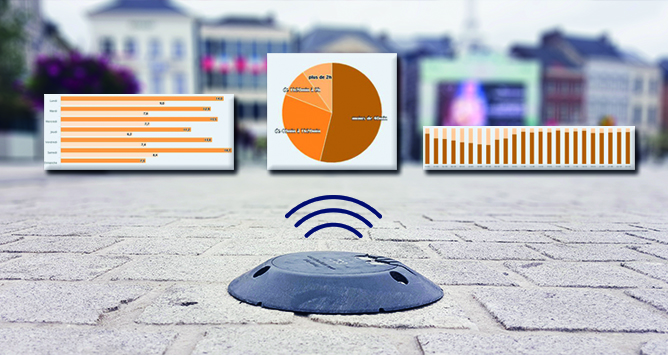 Smart parking, an innovative and ambitious program for the canton of Geneva

The canton of Geneva, in collaboration with the City of Geneva, has put in place many projects in order to develop its smart city programme. This involves different sectors of intervention such as the use of clean and renewable resources, reduction of noise pollution, development of electric vehicles as well as deployment of smart parking.

The community is gearing up its smart parking programme by installing 650 PrestoSense sensors within the summer of 2017 on parking spaces in several neighbourhoods in Geneva, managed by the canton of Geneva in collaboration with the industrial services of Geneva (SIG) for data transmission, this project is intended to analyse users’ behaviour, by considering the percentage of use of parking places and rotation rate of vehicles.

Developed by our R&D team, IEM sensors have a detection reliability of 99%. This accuracy is achieved thanks to a double detection system. The first, activated every two seconds, is used to detect changes in the earth’s magnetic field corresponding to any movement of metal mass on the sensor. The second is engaged only to confirm the state change. It’s based on an ultrasonic detection allowing confirming the presence or not of a vehicle located above the sensor. These two technologies allow us overcoming the relevant electromagnetic interferences in the city centre (metro, tram, etc.).

Once the information is detected, it’s transmitted to IEM parking platform. This data uses LoRaWAN telecommunications network, aimed at the Internet of things. For the canton of Geneva, this network is implemented and managed by SIG.